A climbing frame with two towers. These towers are connected by a beam with grips, allowing children to move from one tower to the other. The larger tower includes two climbing nets along its sides and one on its top, a climbing wall with holes and a set of gymnastics rings. The smaller tower contains a rung ladder and a beam for hanging from, as well as two climbing nets, one along the sides of the tower, the other on its top. Thanks to its design, which allows for a variety of climbing and gymnastics options, the climbing frame can be used simultaneously by a large number of children. Climbing develops children's sense of balance and strength. 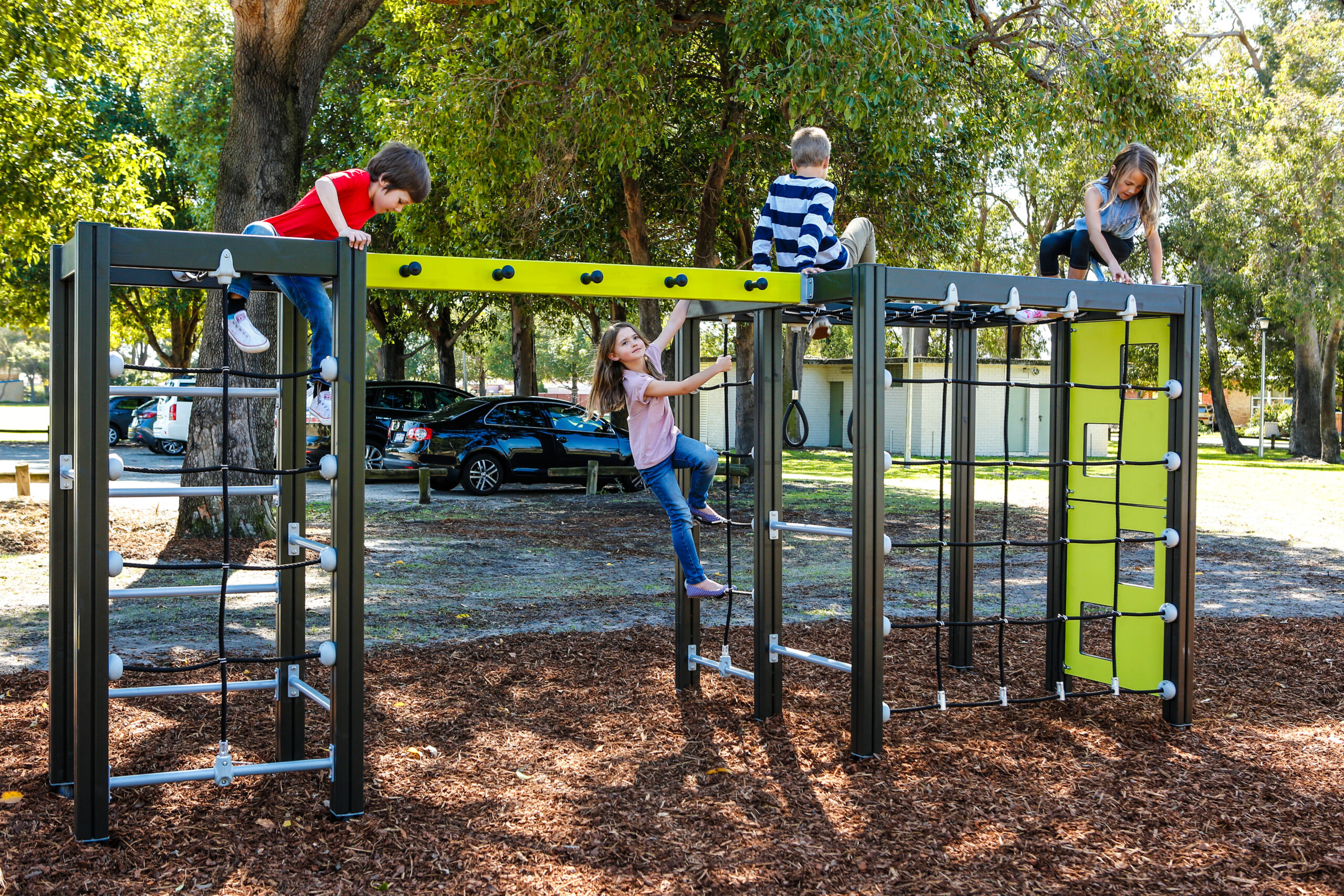 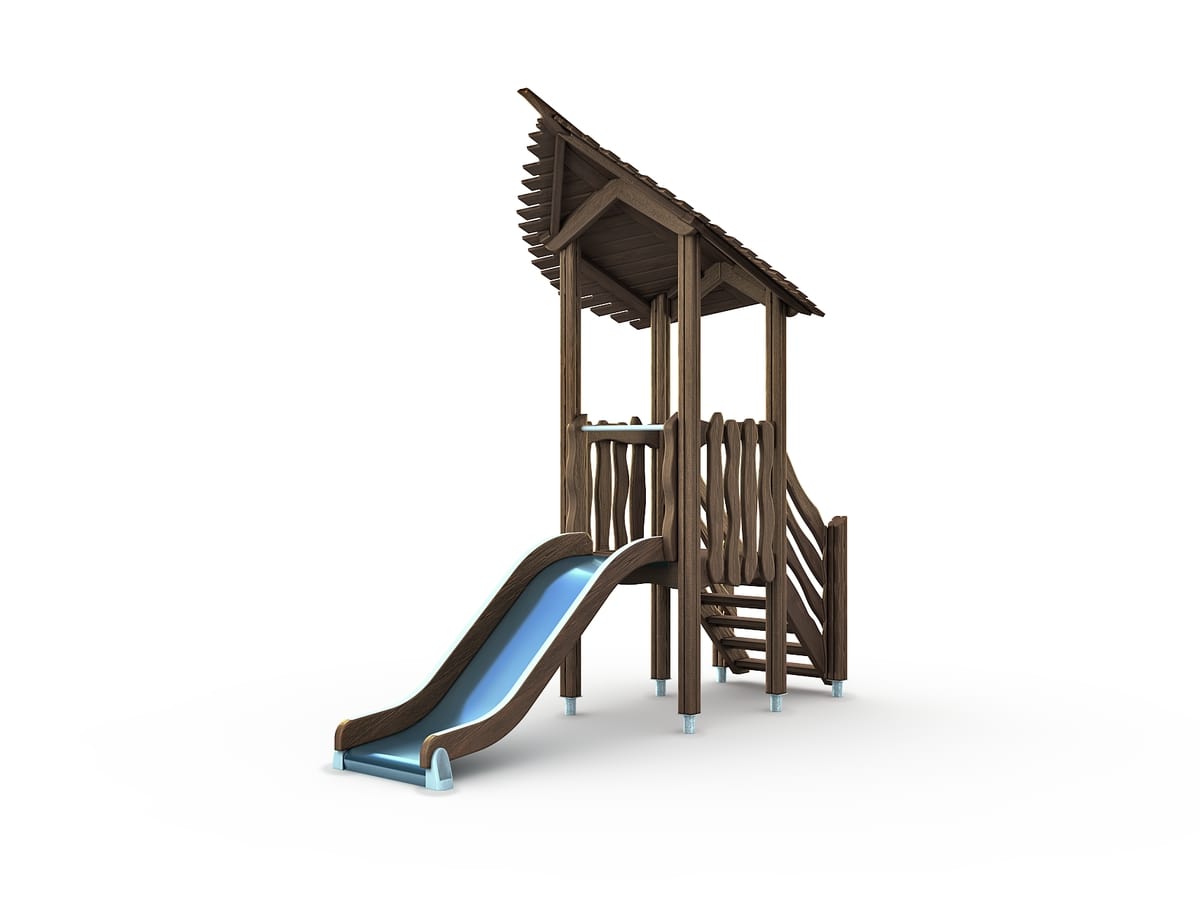 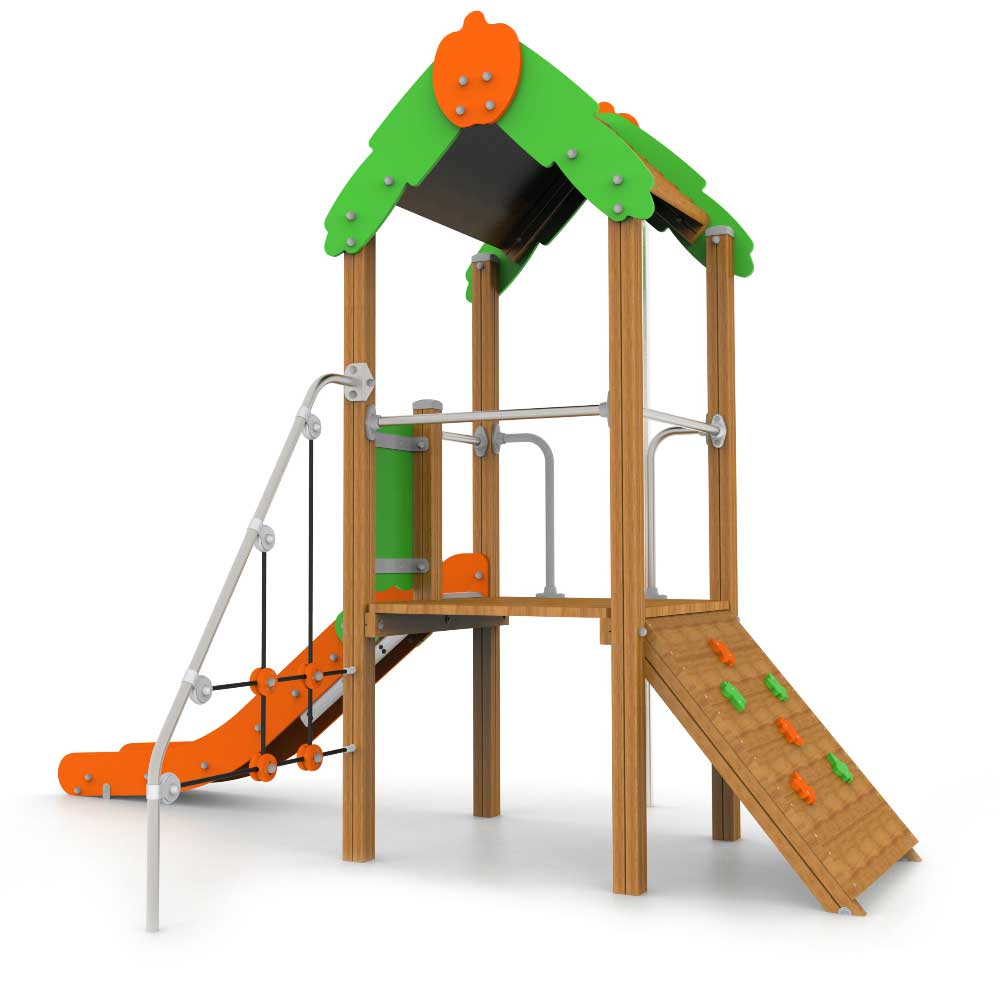 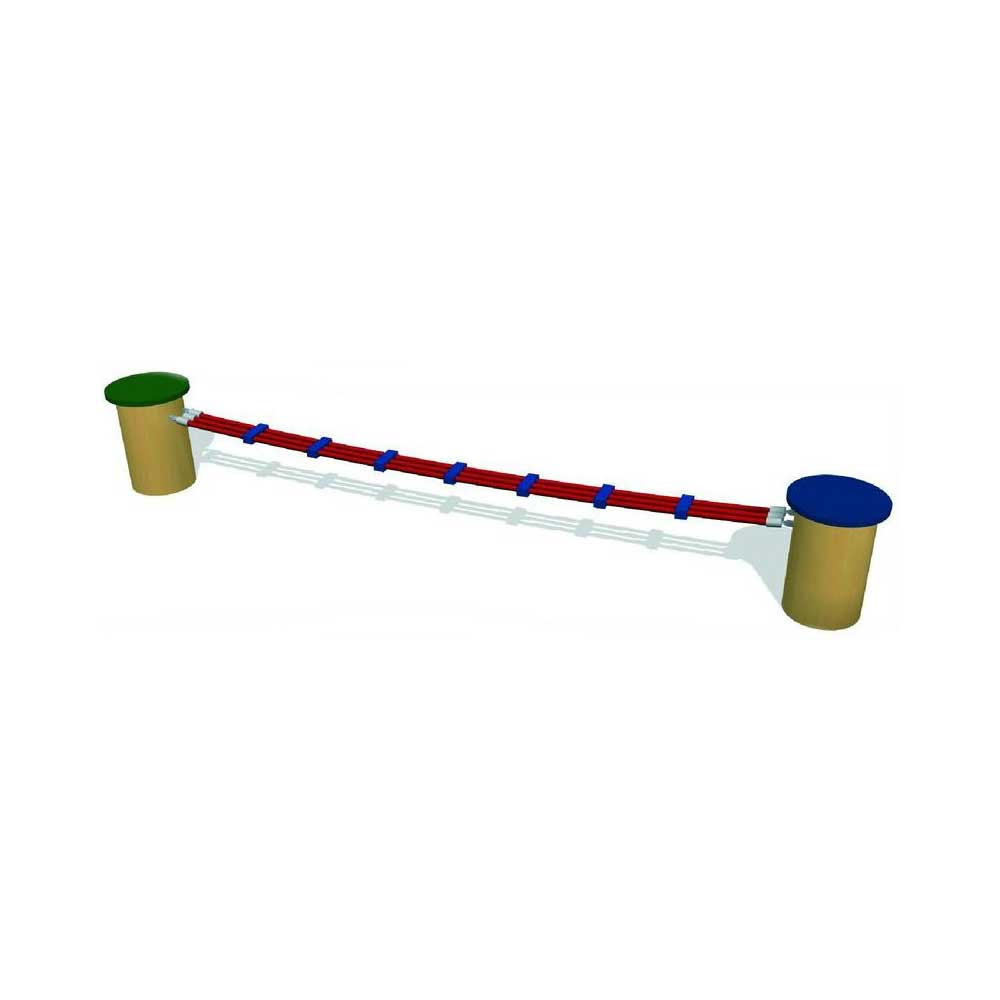 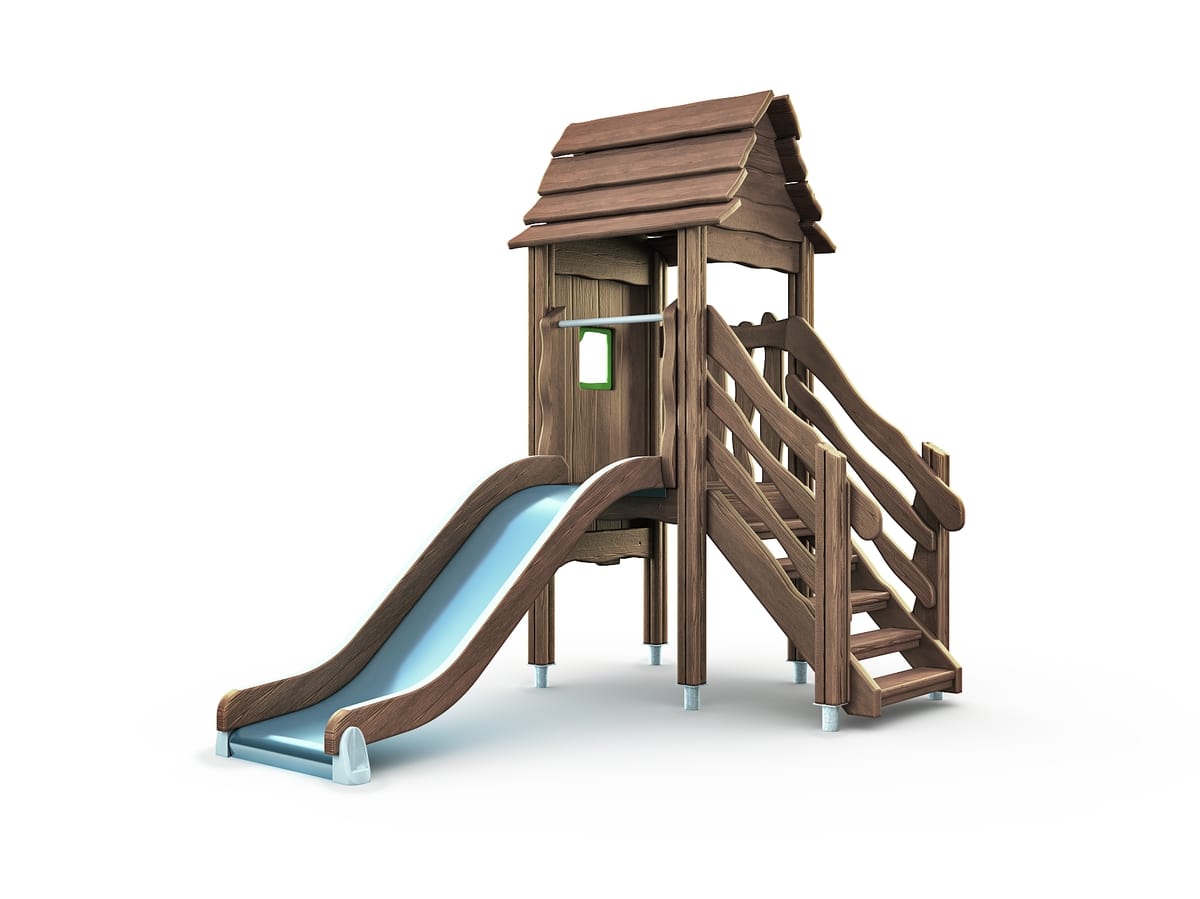 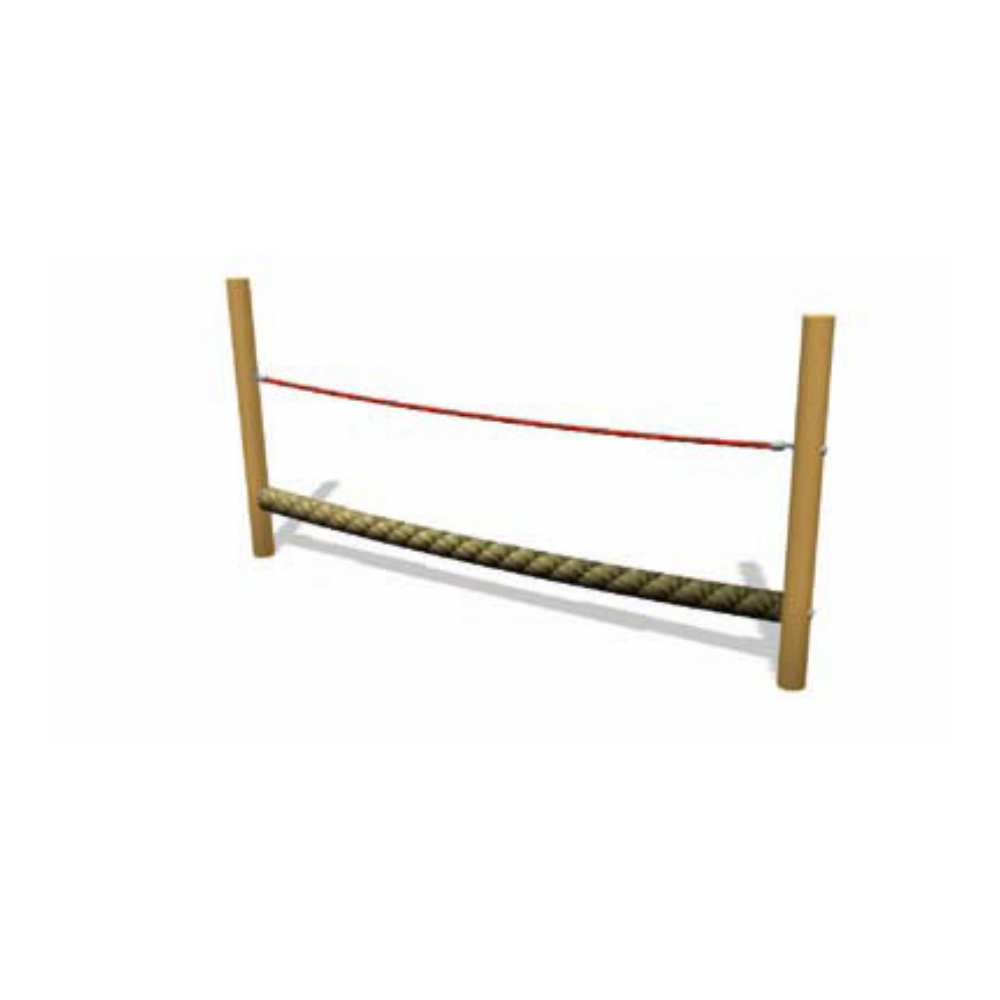 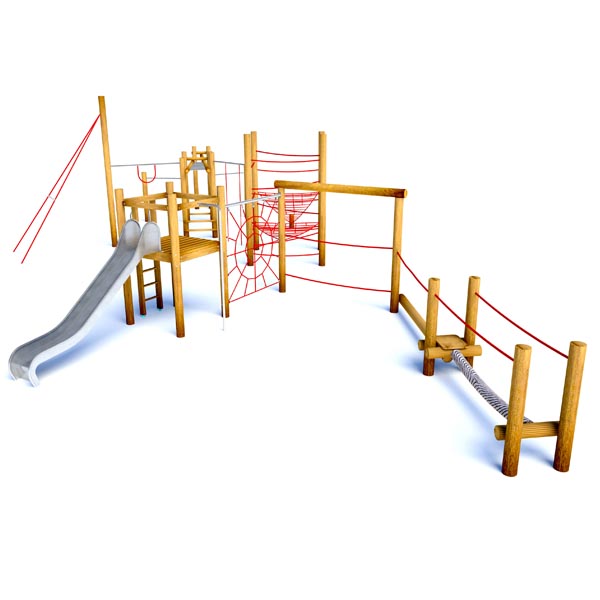 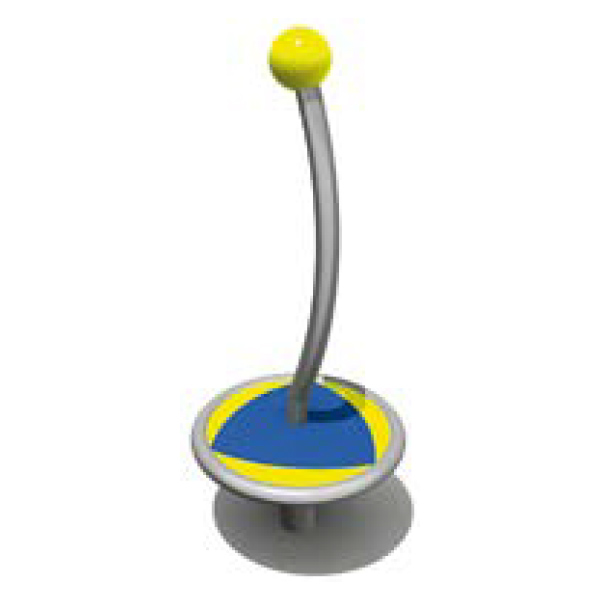 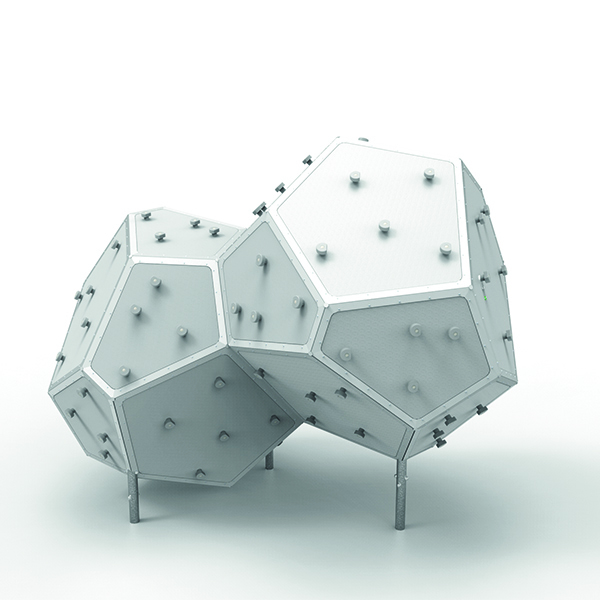 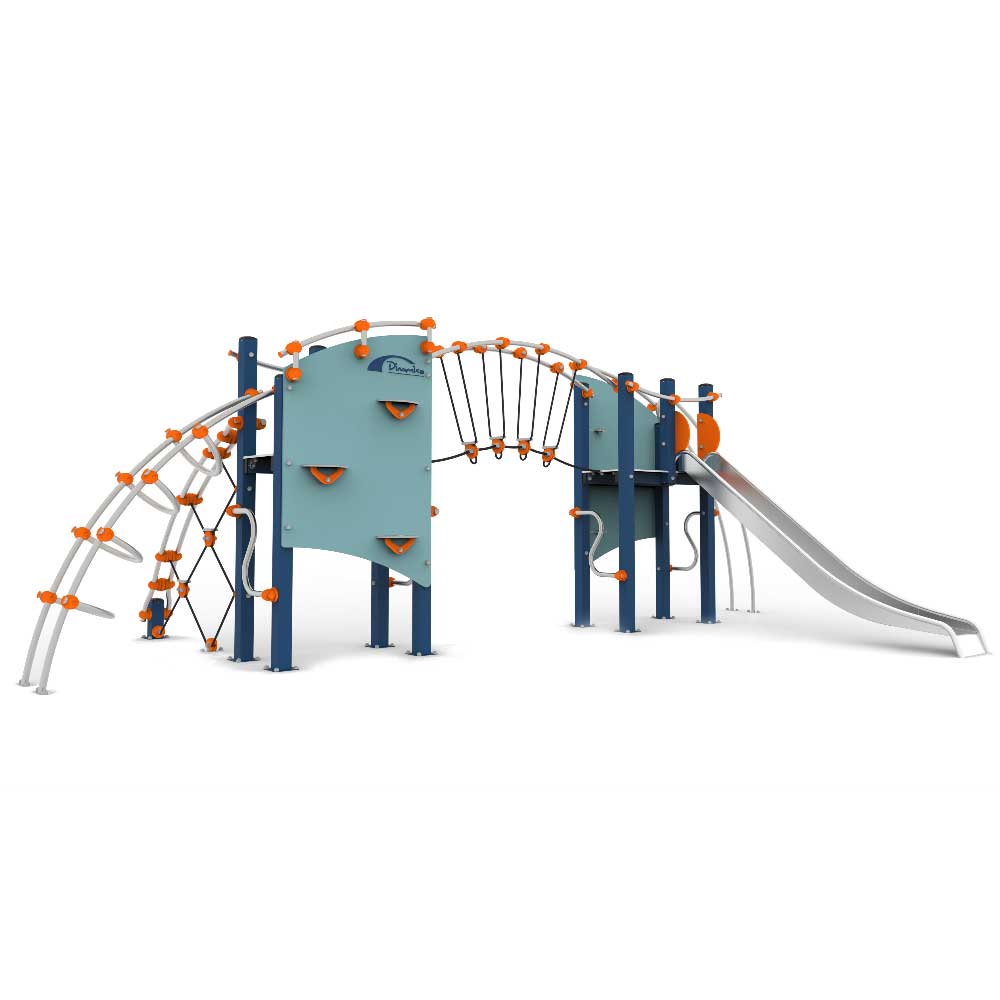 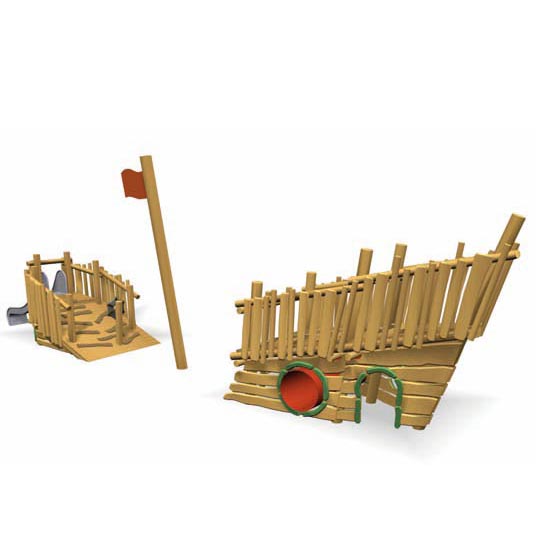 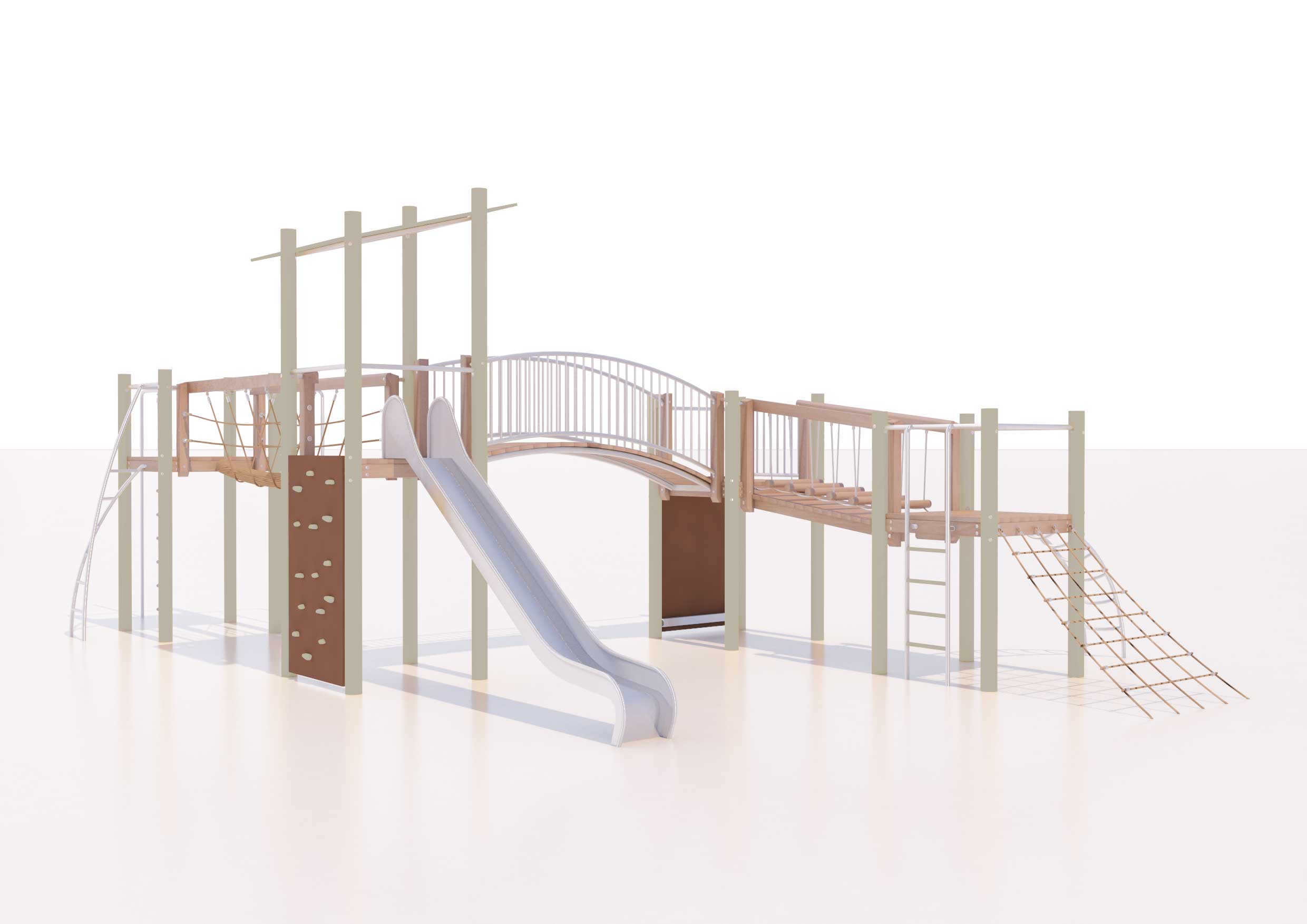 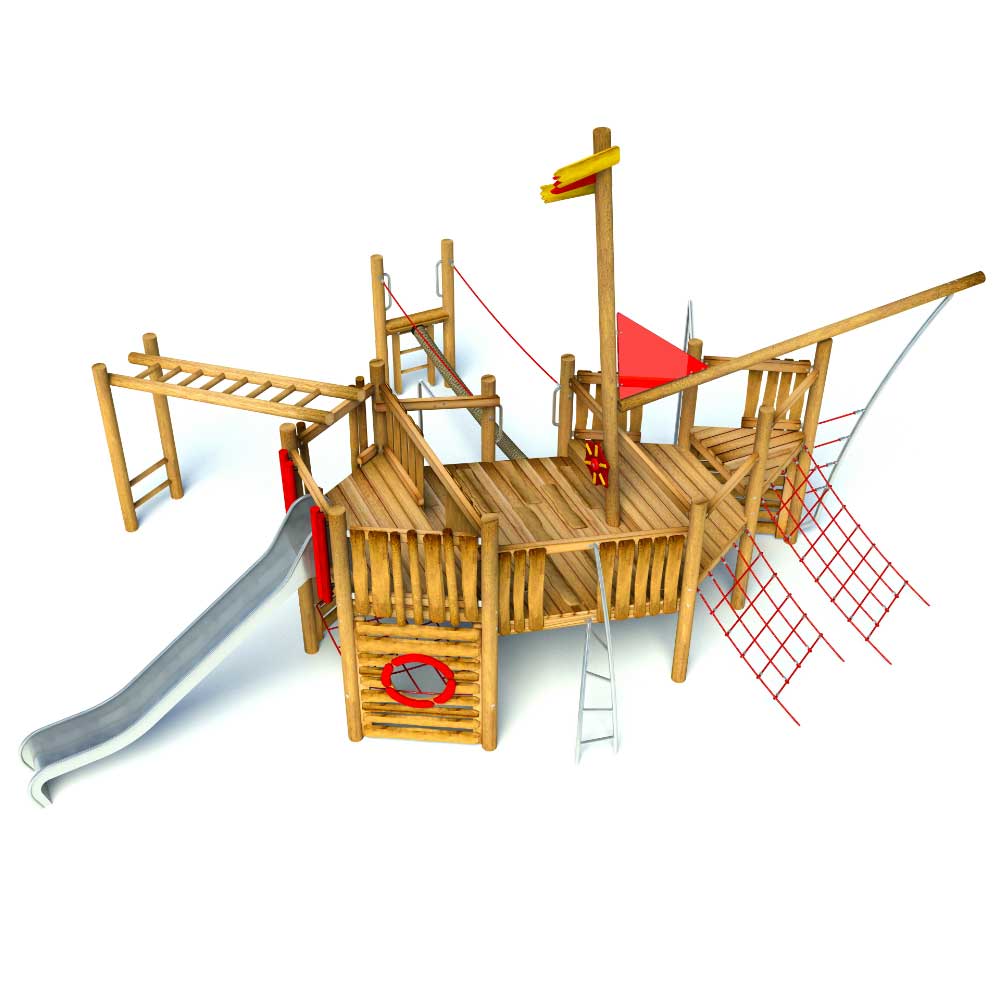 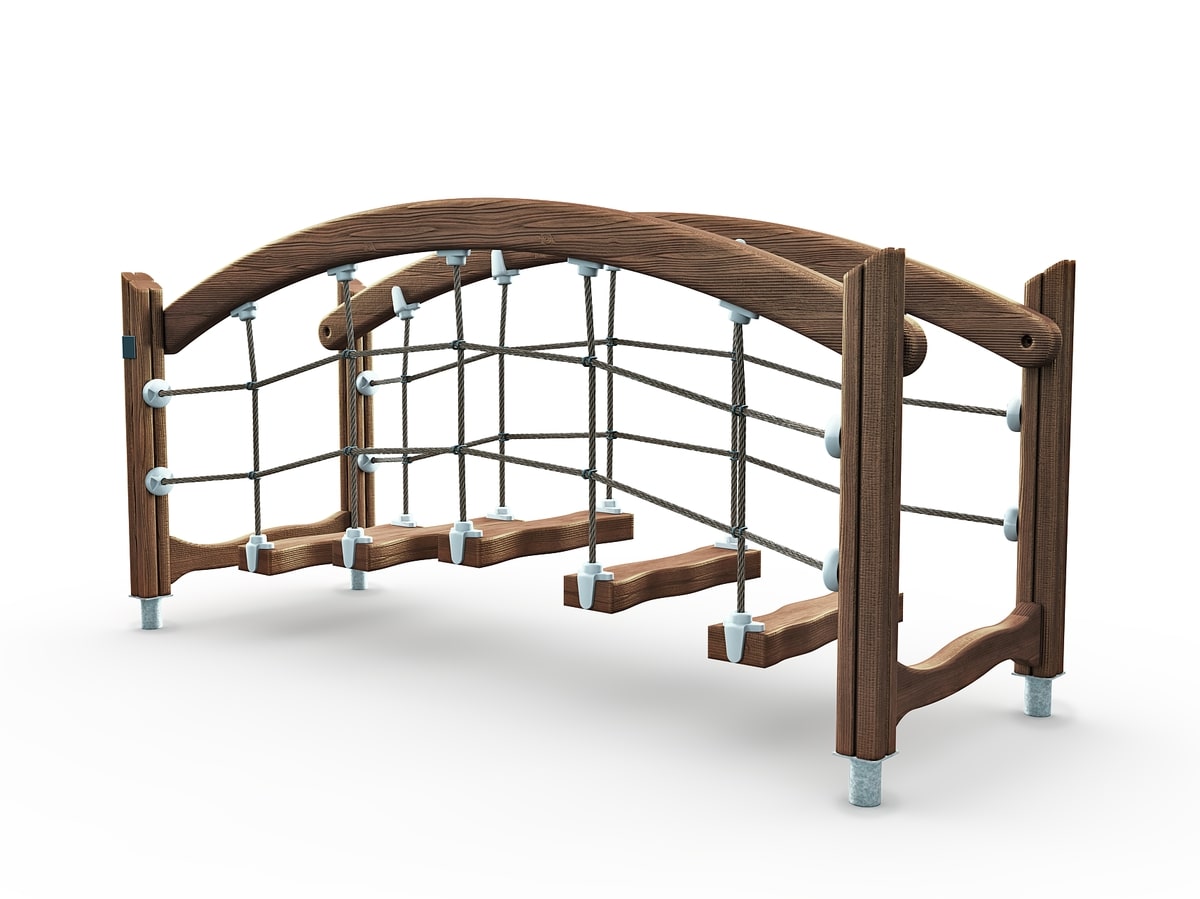 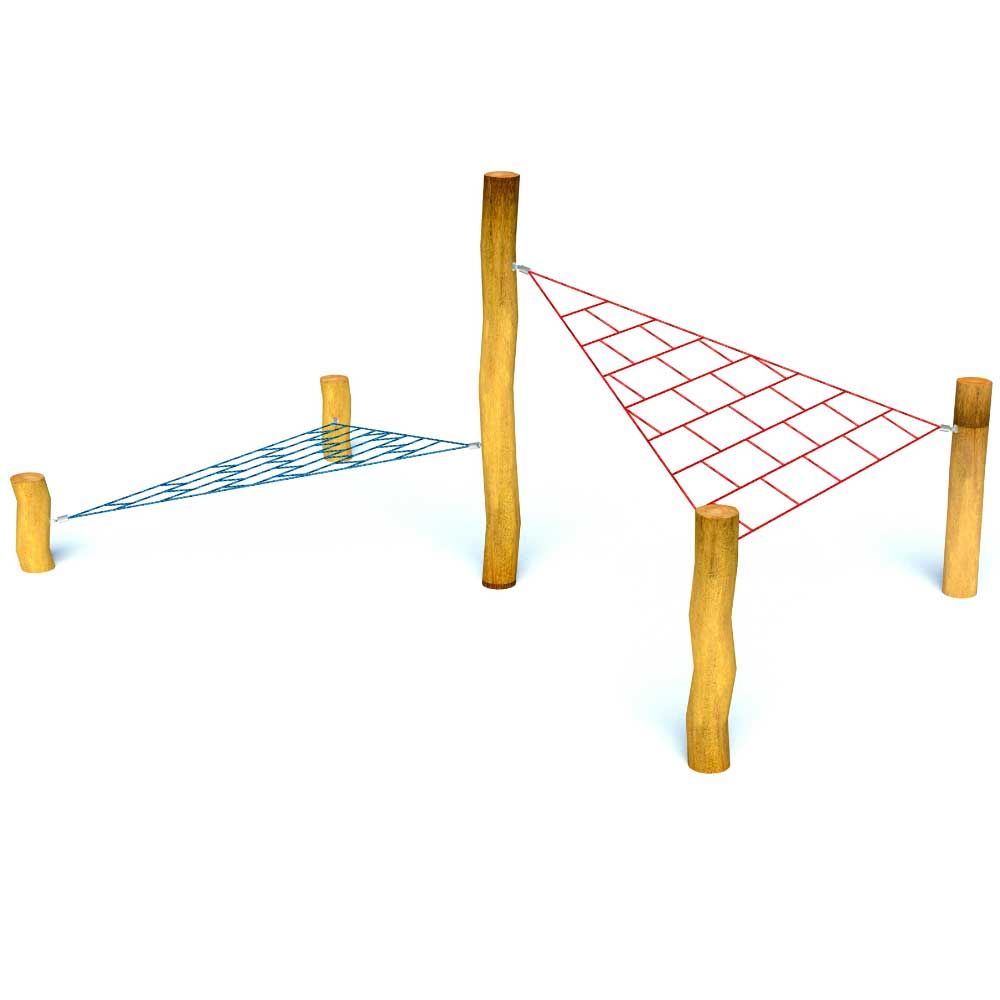 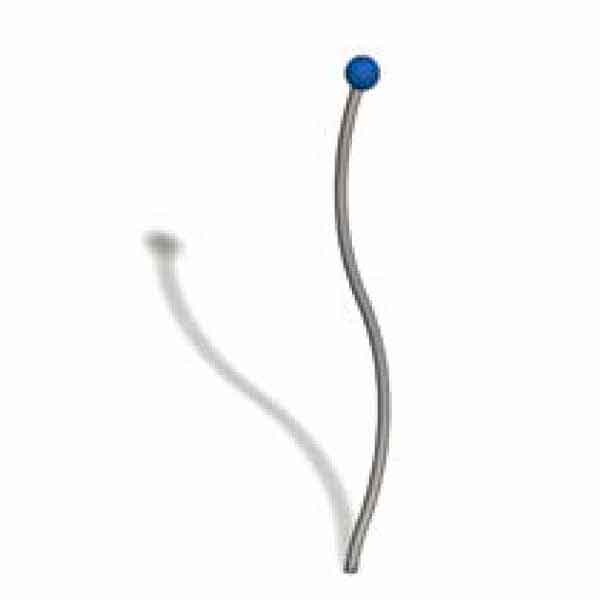 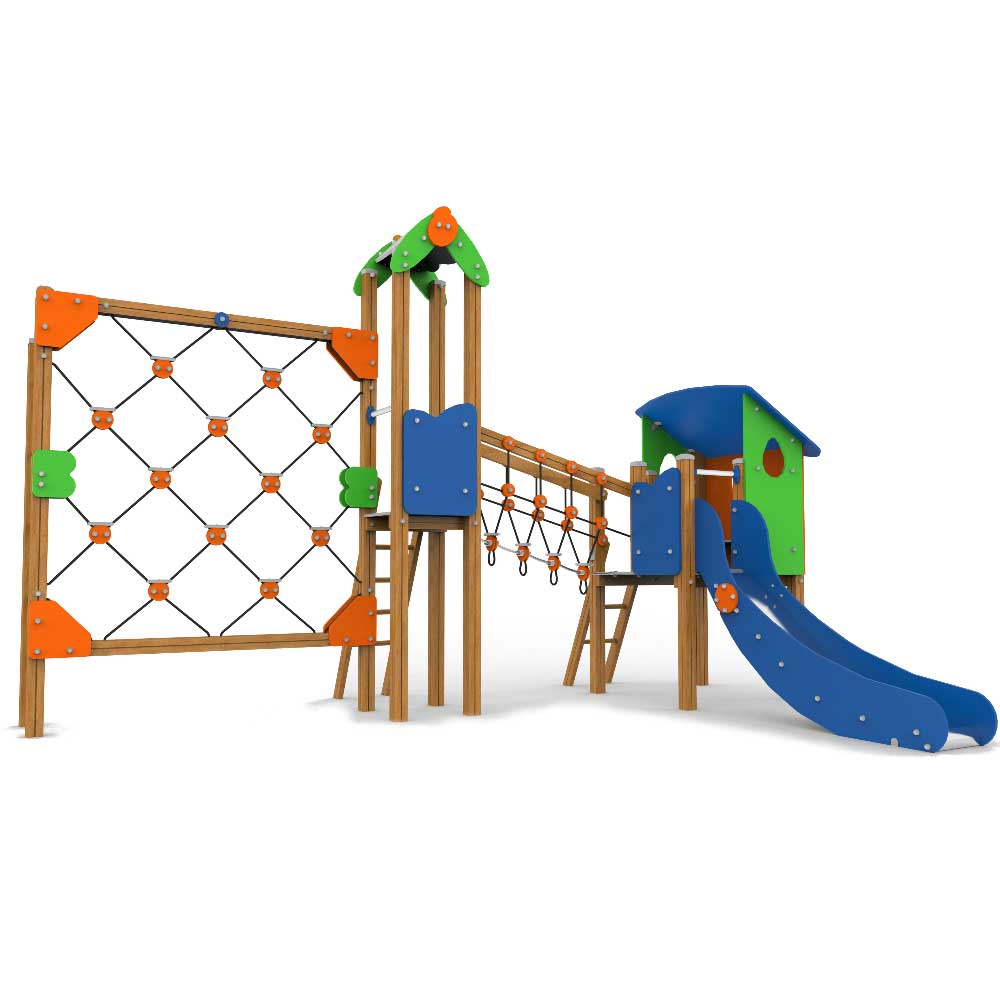 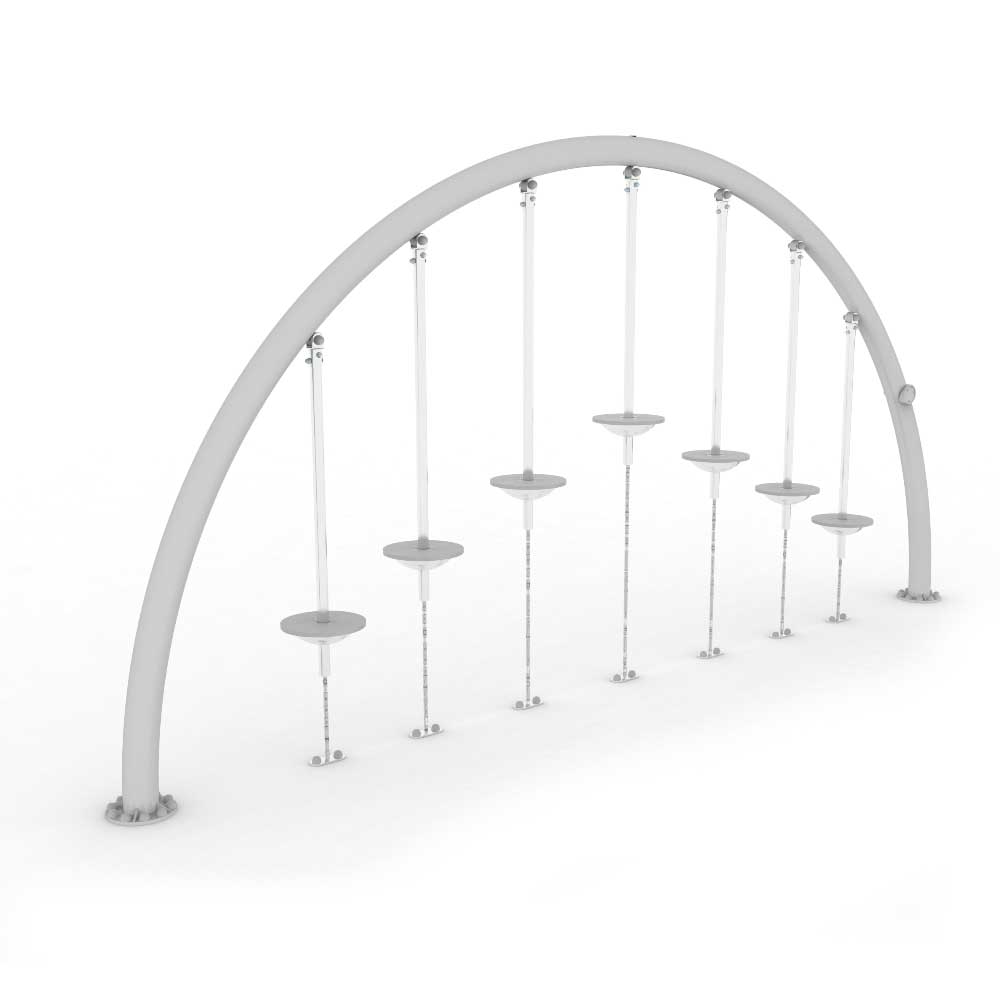