History brought to life through play 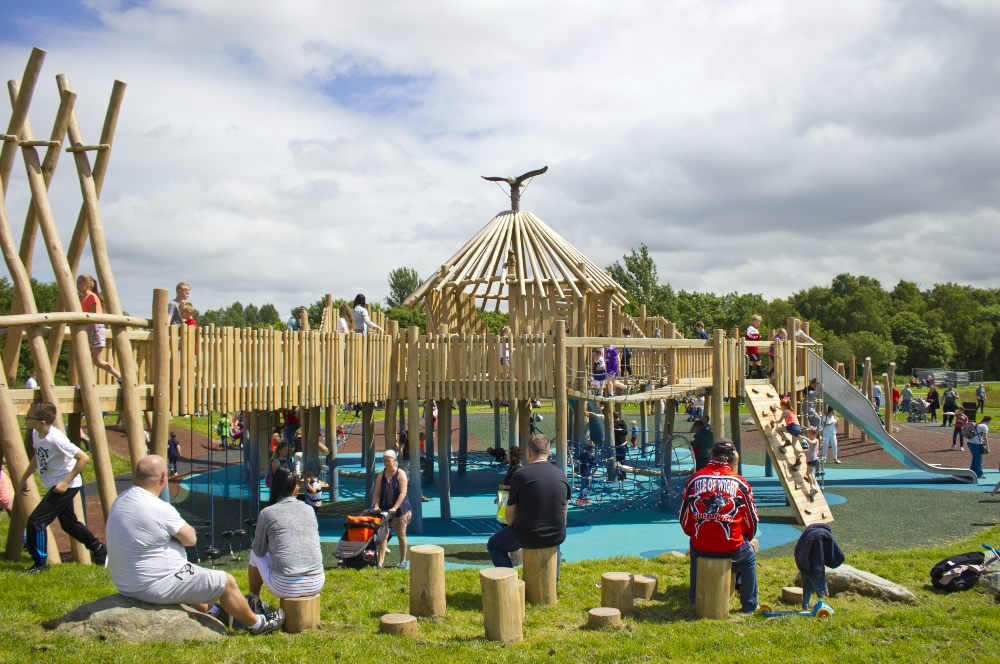 The UK is rich with history and culture and what better way for children to connect with the heritage of the country than to immerse themselves in it through play? Connecting a play space to the deep-rooted history can really transform the tone of the park, providing a unique character that communities can identify with and be proud of. Best of all it sparks imaginations and educational conversations.

Some projects call for a uniqueness that just cannot be achieved from an off-the-shelf product. Whether this is creating a 17th-century Crannog at Drumpellier Country Park, an 11.5m boat at Anchorsholme Park or maybe something more subtle such as sculpted posts or carvings, the creative prowess of Jupiter Play and our partners at FHS and Galopin will enable you to deliver anything your imagination can dream of!

We have worked on several projects whereby large bespoke pieces of play equipment have been created to celebrate history – be that a building, place, historical event or to celebrate a person.

Peter Pan Adventure Playground, Moat Brae – The play area was designed to evoke the enchanted land where Peter Pan began. The plans for the pirate ship ‘The Jolly Roger’ featured a tree-top walkway, tube slide, balance beam, accessible platforms and climbing nets which all link to a ship’s hull built over the Burns Walk pathway with a plank-like balcony overlooking the River Nith. Including a storytelling space as well as a mast with sail, a crow’s nest, hammock and net tunnelling.

Squires Field, Southwell – After researching into the history of the area. The park and uncovered the story of the Bramley apple which originated from Southwell. The design connects children and their families to the history and creates a real sense of place. The design evolved further as Jupiter Play worked in close collaboration with the Friends Group, advising on inclusivity and ensuring the story of the Bramley apple really shone through this also included working with local sculptor and artist Phil Neal who created a two-meter tall able with the personalised apples.

Lion Salt Works, Cheshire – Our client had a specific vision that they wanted to see come to life—the old chimneys and their character captured as a play piece that could be explored by children.  It was important to our client that we worked closely on the historical detailing and so we focused very carefully on the brick textures that we had examined from the remaining chimney in the detailed site survey.

Incidental play that creates a sense of place

– Evoking a feeling through textures and visuals

Even small gestures of theming can make a huge difference to the space both visually and to the play experience. 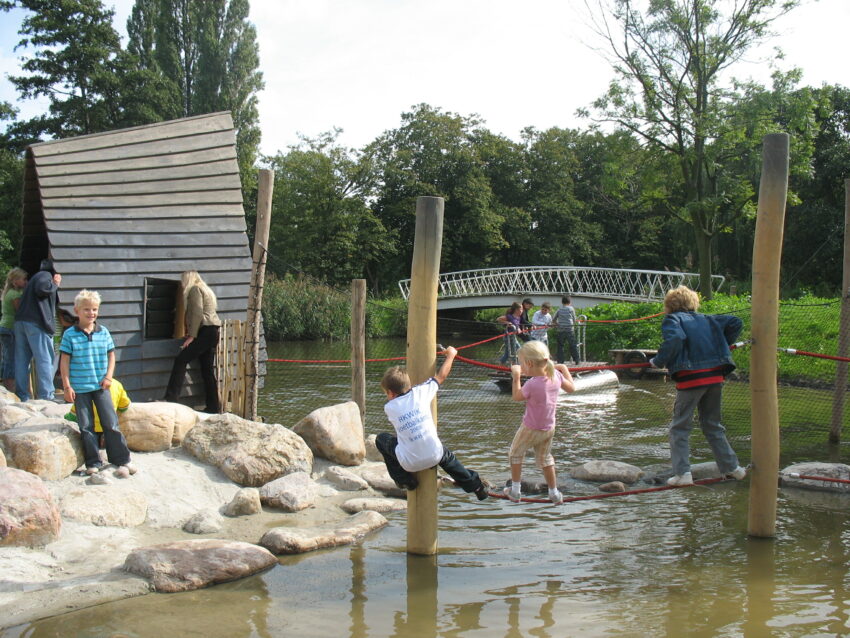